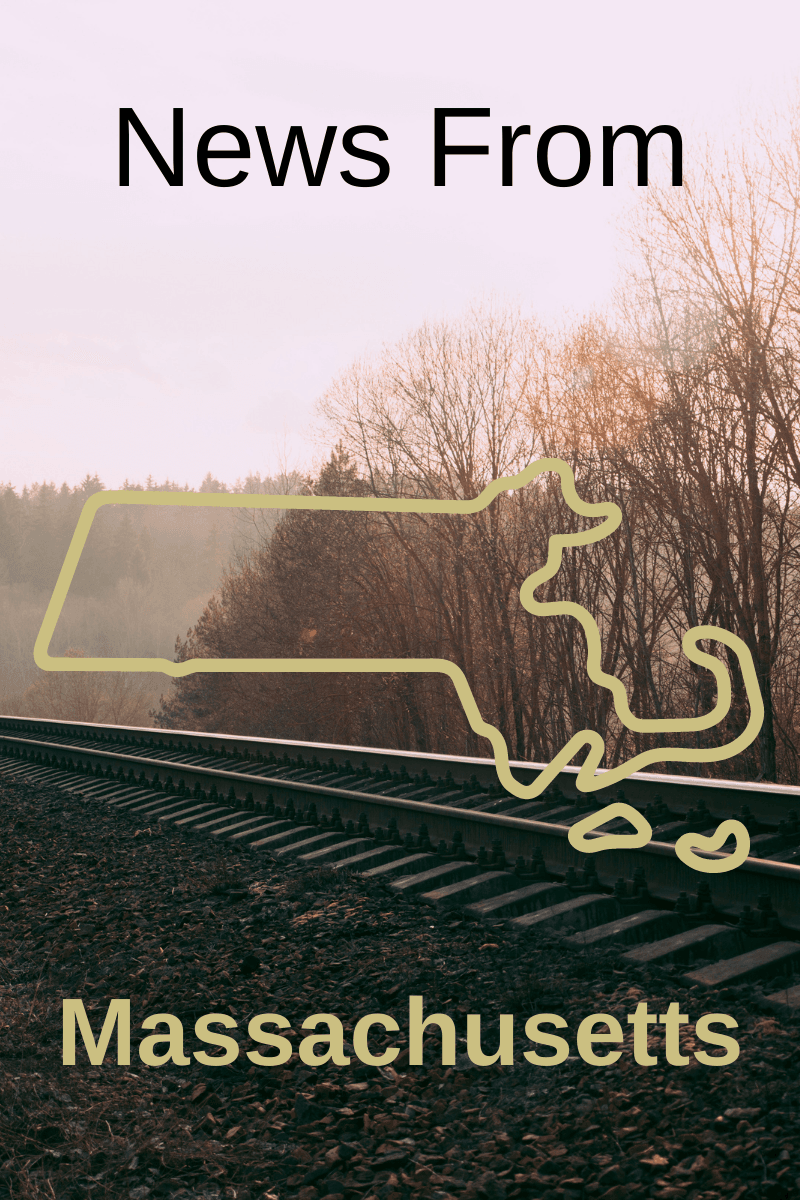 SOUTHAMPTON — A few Southampton landowners are asserting that they are due “just compensation” from the federal government, claiming that their land has been seized for the Greenway rail trail project currently in the design phase.

As part of a lawsuit, filed in the U.S. Court of Federal Claims on Dec. 19 by Kansas City, Missouri-based law firm Stewart, Wald and McCulley, the landowners allege that the conversion of an abandoned rail line to a recreational trail prevents them from taking back possession of the land, according to attorney Michael Smith.

Stewart Wald & McCulley (“SWM”), the nation’s leading and only fully dedicated Rails-to-Trails litigation law firm, has filed a lawsuit on behalf of landowners in Hampshire County, Massachusetts against the federal government. The suit was filed in the United States Court of Federal Claims as a result of the rail-trail conversion. The firm will be adding more landowners to the lawsuit in the following weeks. SWM currently represents numerous landowners in Southampton, and their federal lawsuit is captioned: Kristen Biancuzzo, et al., v. United States, Case No. 22-1857L.

In Biancuzzo, landowners own land adjacent to a 4.25-mile stretch of abandoned railway in Southampton, Massachusetts. The Hampden and Hampshire Railroad Company began construction of the rail line in the 1850’s. The Pioneer Valley Railroad Co., the latest owner of the railway, sold the corridor to the town of Southampton last month. On December 16, 2022, the United States Surface Transportation Board gave its approval to convert the abandoned rail line to a recreational trail. The above-referenced suit was filed on December 19, 2022. 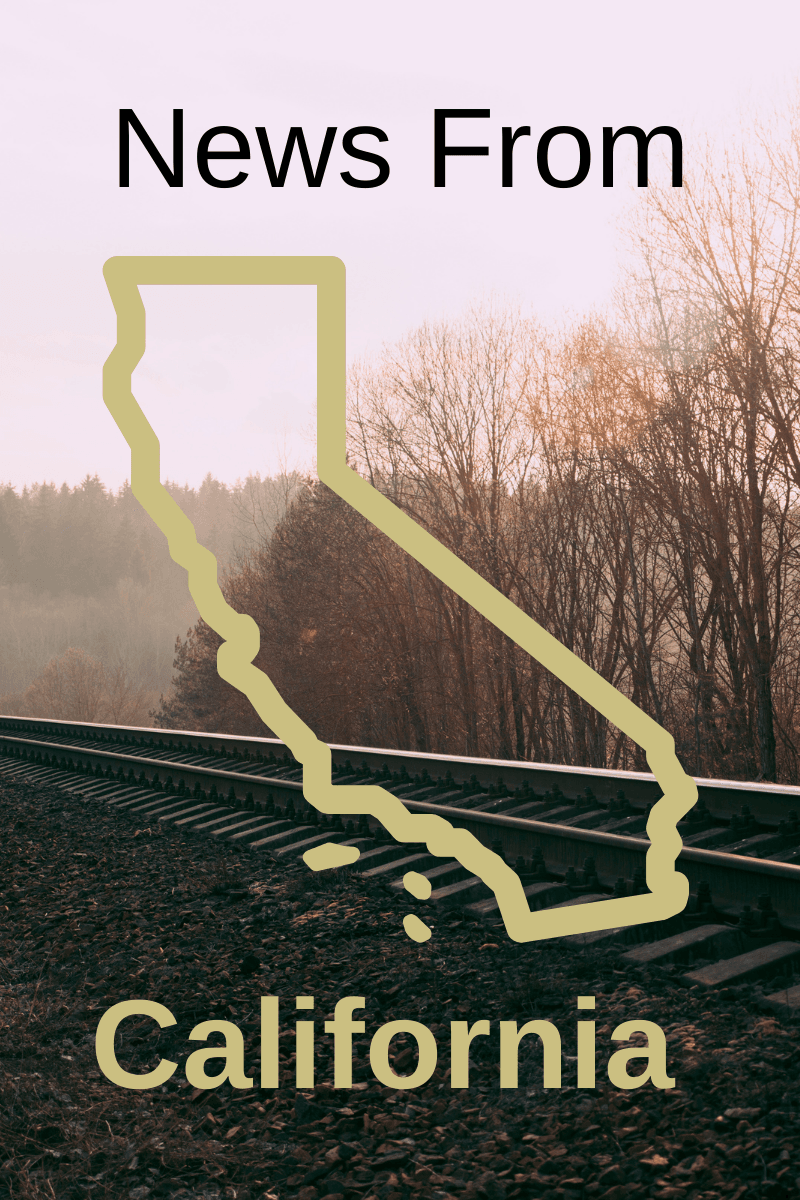 A lawsuit recently filed in the United States Court of Federal Claims alleges that landowners along the Great Redwood Trail were not properly compensated when “the federal government took private property from the owners of land along the 175-mile-long (trail) through Mendocino, Humboldt, and Trinity Counties.”

Stewart Wald & McCulley (“SWM”), the nation’s leading and only fully dedicated Rails-to-Trails litigation law firm, has filed a lawsuit on behalf of landowners in Humboldt, Trinity, and Mendocino Counties against the federal government. The suit was filed in the United States Court of Federal Claims as a result of the rail-trail conversion. The firm will be adding more landowners to the lawsuit in the coming weeks. SWM currently represents 88 landowners who collectively own 168 parcels of land, and their federal lawsuit is captioned: Ross Bewley, et al., v. United States, Case No. 1:22-cv-01589L.

SWM has pursued this action against the Federal Government for several years. Between 2019 and early 2020, following the issues presented by State Senator Mike McGuire and his plan to convert over 300 miles of abandoned railroad corridor to a public recreational trail, known as the Great Redwood Trail, SWM began investigating this railbanking plan and action as a potential lawsuit against United States government.

The Rails-to-Trails law firm, Stewart, Wald & McCulley, which already represents landowners in the Rock Island Rail-Trail case involving land west of Beaufort, Missouri is now pursuing a case for the future rail-trail east of Beaufort. The Rock Island Trail extension is planned to proceed from Beaufort east for another 9.71 miles to Union, Missouri.

Stewart, Wald & McCulley, a leading Rails-to-Trails law firm, which successfully represented landowners in cases involving the Laurel Creek Trail and the Atlantic and Yadkin Greenway, are back in the Carolinas.

Lawsuit Filed on Behalf of Landowners Due to the Lakeshore Trail Rail-Trail Conversion in Muskegon, Michigan.

MUSKEGON, MICHIGAN, UNITED STATES OF AMERICA , September 1, 2022 /EINPresswire.com/ -- Stewart, Wald & McCulley, LLC, the nation’s leading and only fully dedicated Rails-to-Trails litigation law firm, has filed a lawsuit on behalf of Muskegon landowners against the federal government. The suit was filed in the United States Court of Federal Claims as a result of the rail-trail conversion in Muskegon, Michigan. The firm will be adding more landowners next week, for a total of 14 landowners thus far represented in the lawsuit, Lakeshore Harbour Townhouses Condominium, et al., v. United States, Case No. 22-902L.

The landowners own land located adjacent to a 2-mile stretch of abandoned railway along Muskegon Lake. The rail line extends near Lakeshore Drive from Rotary Park to the proposed Windward Point development site. The rail line was constructed in the late 1860’s and early 1870’s by the Chicago and Michigan Lakeshore Railroad. The Muskegon City Commission has approved the purchase of the abandoned rail line to construct the Lakeshore Trail. 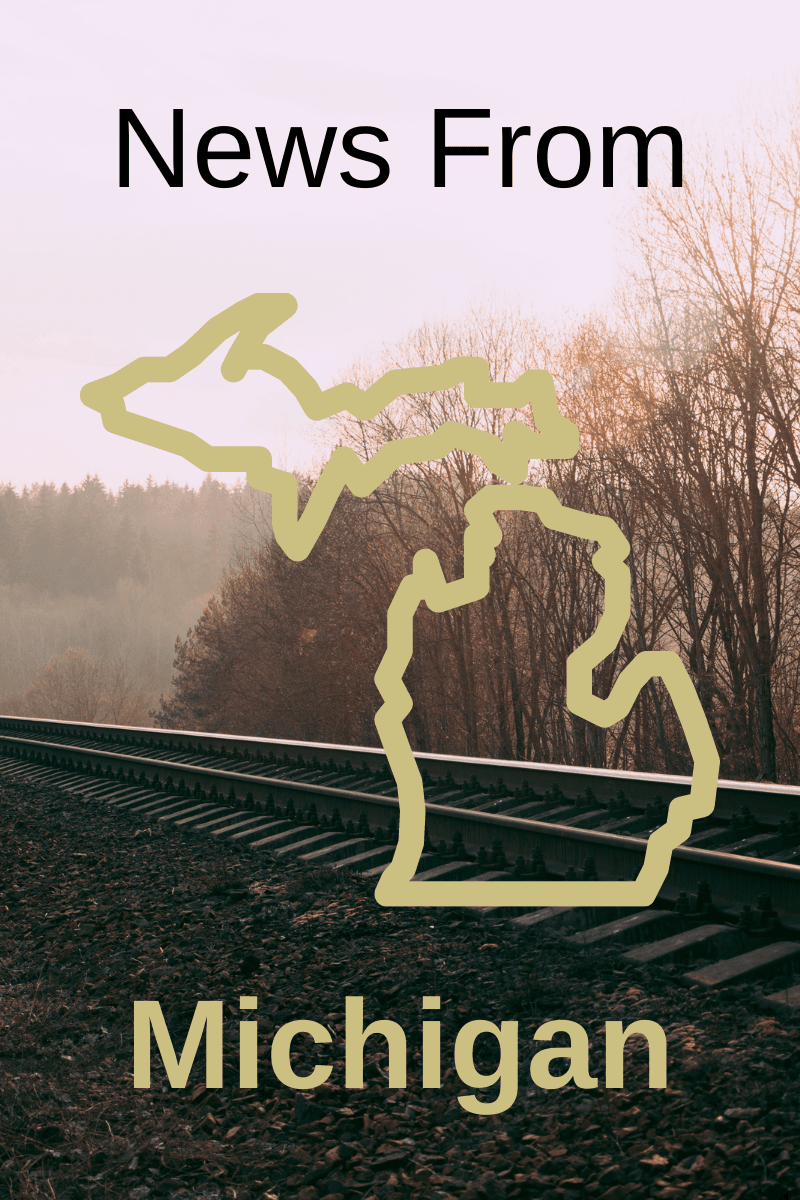 MUSKEGON—Stewart, Wald & McCulley, LLC, a leading Rails to Trails law firm is reaching out to landowners whose property rights may be affected by the conversion of a 2-mile stretch of railroad line in Muskegon into the Lakeshore Trail. The law firm has been retained by several landowners, and the firm expects to file a lawsuit on the landowners’ behalf once the conversion is approved by the federal government. Stewart, Wald & McCulley will be seeking monetary compensation for their clients for the taking of land in a case against the federal government. The lawsuit is not against any local entities building the trail and will not stop or hinder trail progress. 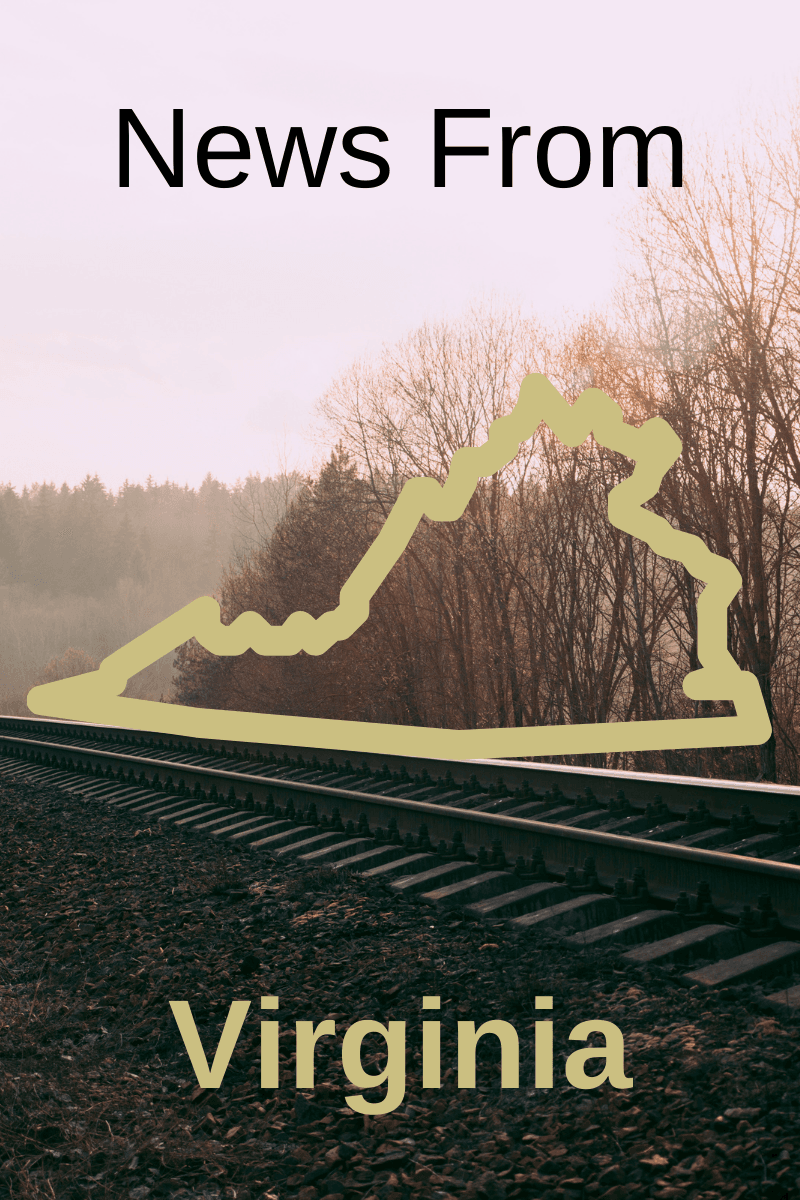 A Missouri-based law firm that specializes in rails-to-trails litigation is representing more than 100 landowners whose property rights will impacted by the proposed Shenandoah Rail Trail.

Stewart, Wald and McCulley said in a statement that it expects to file a lawsuit on the landowners’ behalf when the federal government approves the conversion of a 48.5-mile stretch of railroad line from Broadway to Front Royal for the Shenandoah Rail Trail. 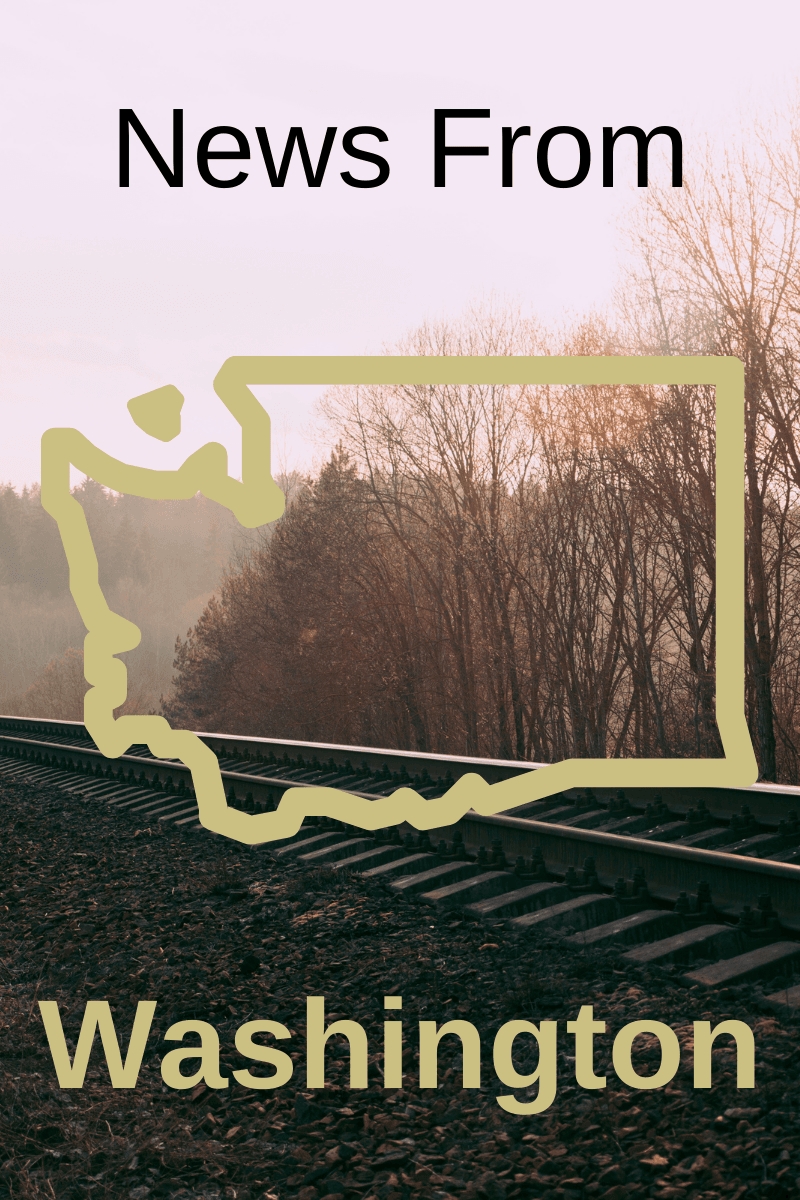 Landowners in Yelm Recover $142,600 For Land Lost to Rail-Trail Operations

A Missouri-based litigation law firm specializing in rails-to-trails litigation won $142,600 from the federal government for two landowners in Yelm who lost land as a result of the Yelm-Rainier-Tenino Trail extension in the city.

The law firm — Stewart, Wald & McCulley — is one of only a few firms that specialize in rails-to-trails litigation in the country, according to a news release from the firm.

The landowners who received the settlement own land along a 4.57-mile stretch of the abandoned railway spanning from Yelm to Roy, part of the Yelm Prairie Line extension of the Yelm-Rainier-Tenino Trail.

The entire litigation references the time in the late 1860s when The Northern Pacific Railway Company was granted a railroad easement to establish rail service in Yelm and Roy. Most recently operated by the city of Yelm, the line was abandoned by the city in May 2020 to make way for the trail extension.

Stewart, Wald & McCulley recovers $4.5 Million from the federal government on behalf of landowners along the Atlanta BeltLine.

Stewart, Wald & McCulley, a Missouri law firm specializing in Rails-to-Trails litigation has recovered $4.5 Million from the federal government on behalf of twenty-one landowners as a result of the Atlanta BeltLine conversion in Atlanta, Georgia.

Stewart, Wald & McCulley recovers $142,600 from the federal government on behalf of 2 landowners in Yelm, Washington.

Stewart, Wald & McCulley, a Missouri litigation law firm specializing in Rails-to-Trails litigation, has recovered $142,600 from the federal government on behalf of 2 landowners as a result of the Yelm-Tenino Trail conversion in the City of Yelm, Thurston County, Washington.

Stewart, Wald & McCulley, the nation’s leading and only fully dedicated Rails-to-Trails litigation law firm, has recovered $355,000 on behalf of 7 landowners from the federal government, in the United States Court of Federal Claims, as a result of the Atlantic & Yadkin Greenway rail-trail conversion in Greensboro, North Carolina.

Stewart, Wald & McCulley, in a unique case, recently achieved a $327,000.00 settlement on behalf of clients who owned approximately 50 parcels of land in rural Decatur, Norton, and Phillips Counties, Kansas.

Not only did their clients receive compensation for temporary taking claims, they also received their land back.  Stewart, Wald & McCulley originally filed the lawsuit against the United States Government in October 2015 following the Notice of Interim Trail Use (NITU) filed on October 22, 2015. The request for trail use was filed shortly thereafter.

At issue is the “multi-use pathway” that SMART is building on a 43-mile stretch between Airport Boulevard in Sonoma County and San Rafael in Marin County. According to a progress report on its website, SMART has completed 24 miles of pathway and another 8.8 miles are “fully funded and planned for construction.”

At issue is the "multi-use pathway" that SMART is building on a 43-mile stretch between Airport Boulevard in Sonoma County and San Rafael in Marin County. According to a progress report on its website, SMART has completed 24 miles of pathway and another 8.8 miles are "fully funded and planned for construction." 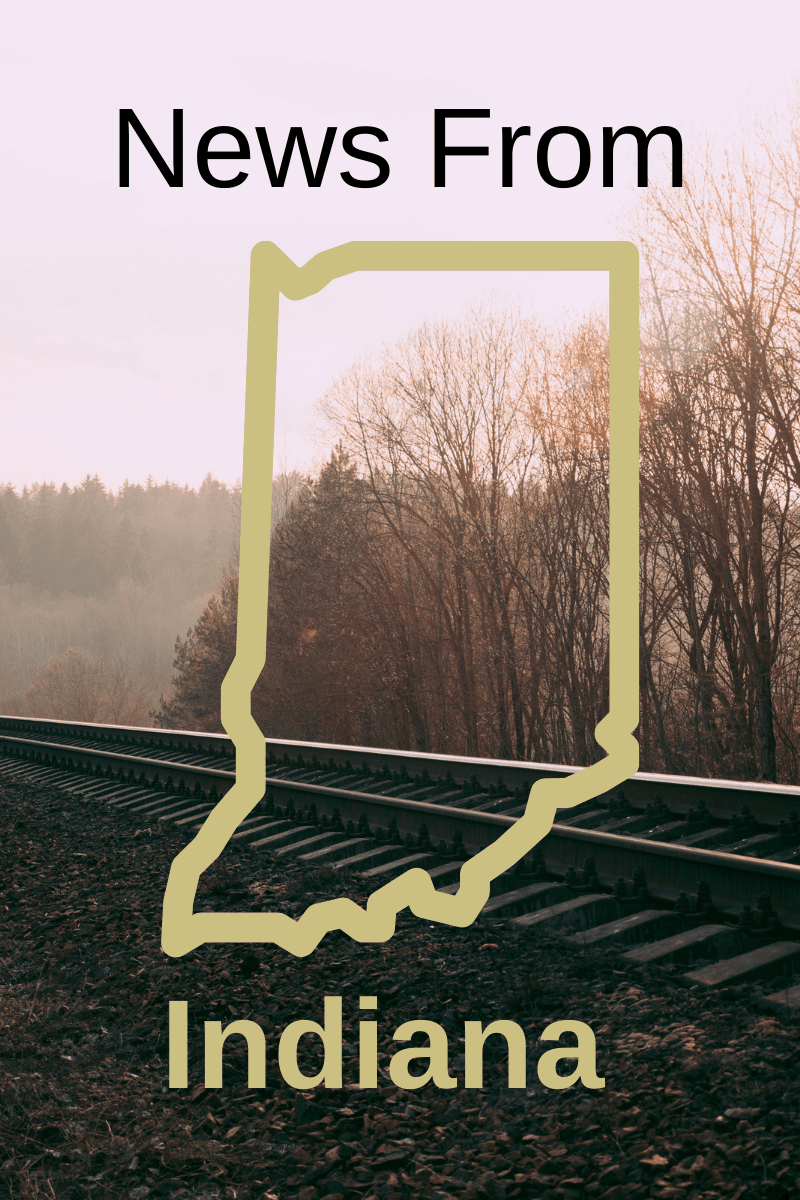 Landowners seek just compensation from the federal government under the 5th Amendment of the U.S. Constitution for the taking of their property; lawsuit does not attempt to stop the rail-to-trail conversion

A Missouri-based law firm that specializes in rails-to-trails cases plans to file a federal lawsuit on behalf of property owners along the Nickel Plate Railroad corridor. 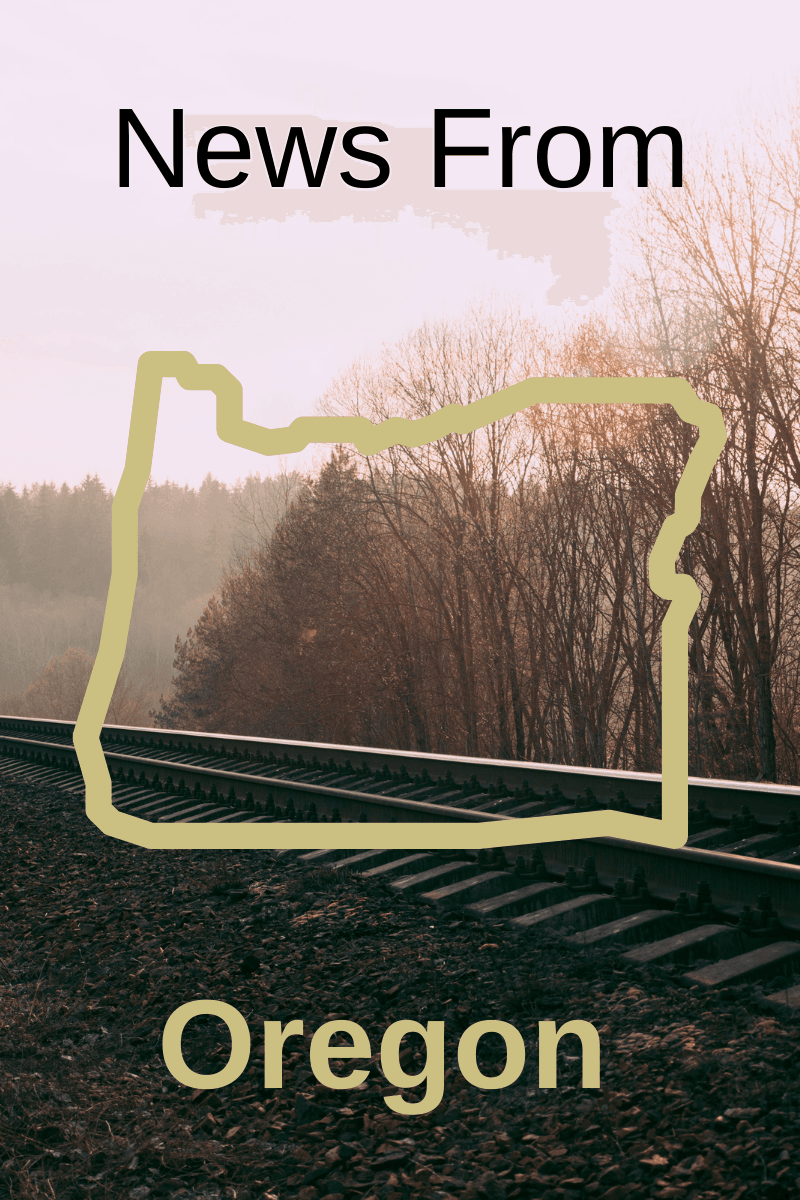 Washington, D.C. – On Aug. 1, Stewart Wald & McCulley LLC, a Kansas City, Missouri legal firm claiming to have settled “nearly all the largest rails-to-trails cases to date” filed a lawsuit against the United States government on behalf of more than 50 plaintiffs who own property along the planned Salmonberry Trail route between Banks and Tillamook.

The plaintiffs own land located along a four-mile stretch of the Levy Trail, a recreational path in North Little Rock. In 1917 and 1919, the right of way had been granted on this property to the Missouri Pacific Railroad Co. The rail line was eventually transferred to the Union Pacific Railroad Co., which operated the corridor before abandoning the track.

In 2010, the City of North Little Rock requested to use the defunct railroad track for a bicycle and pedestrian trail. The Surface Transportation Board approved the project – which would become the Levy Trail – later that year under the National Trails System Act.

The lawsuit, Thomas, et al v. United States, concerned a seven-mile stretch of land that once was part of the Nashville, Chattanooga and St. Louis Railway, later a CSX Transportation Inc. railroad line. After the railroad line was abandoned, the federal Surface Transportation Board approved converting it into a recreational trail subject to the National Trails System Act. 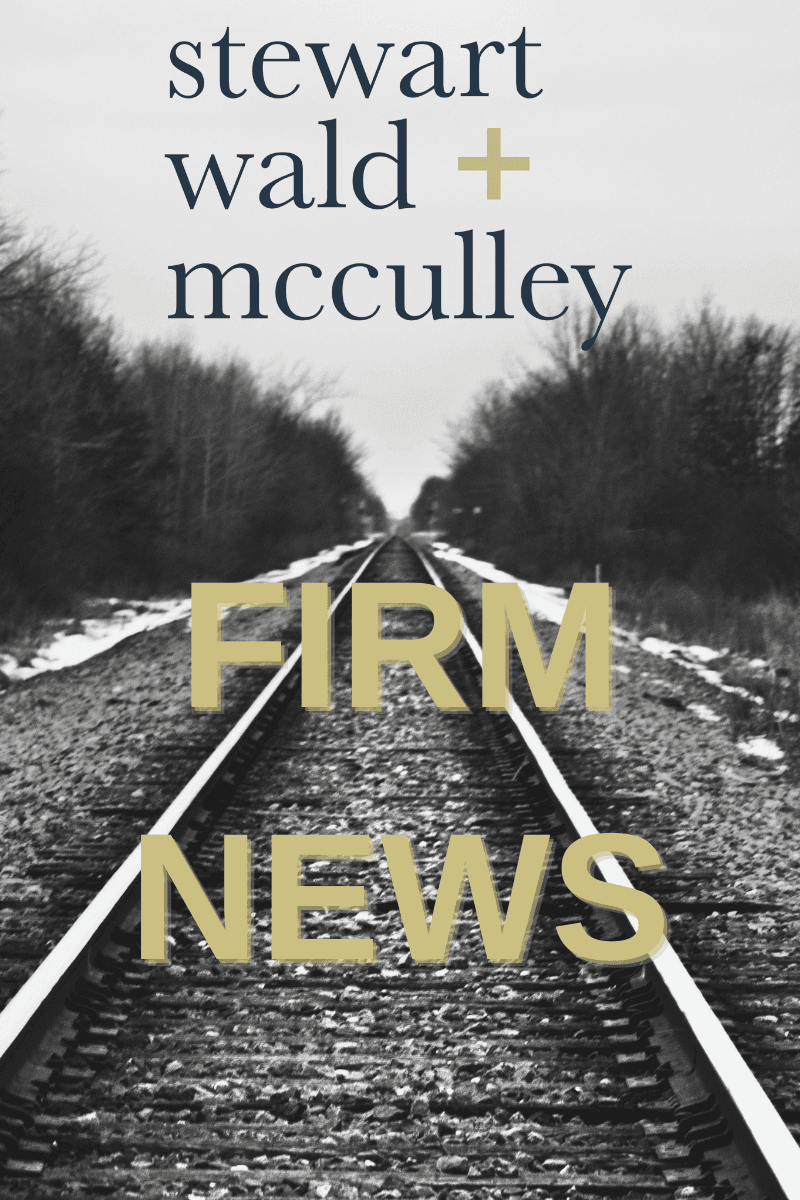 "Three of Baker Sterchi Cowden & Rice's top revenue-makers have left and formed their own firm in Kansas City, according to court documents. A document filed Tuesday in relation to a rails-to-trails case stated that Thomas S. Stewart and Elizabeth McCulley, who represent the plaintiffs in the case, "are no longer associated with Baker Sterchi Cowden & Rice" and have formed a new law firm, Stewart Wald & McCulley. Steven Wald, another former Baker Sterchi attorney based in St. Louis, is listed as the registered agent on the Missouri Secretary of State's website. The three attorneys have worked on rails-to-trails cases for the firm, including one that settled for $33 million in 2013 and included a nearly $11 million contingency fee, and another case that settled for $141 million. "The firm will continue to have its own trails practice group going forward," Kreamer said. "We wish them well, I think they probably wish us well as well."

A team of rails to trails attorneys recovered $3.1 million for 37 landowners in Yolo County, California.

The plaintiffs owned 41 parcels of land located along a 9.2-mile stretch of the Clarksburg Branch Line Trail in West Sacramento. The land had been subject to an easement for the Sierra Northern Railway, which operated the Yolo Short Line Railroad. Years after the railroad abandoned the track, the path was converted to a trail under the National Trails Systems Act.